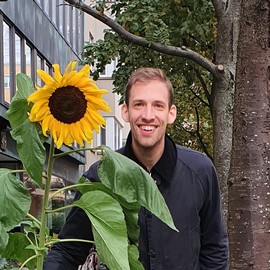 I am a postdoctoral fellow at the Department of Economics, BI Norwegian Business School. My research focuses on micro behavior, macro dynamics, and inequality.

I received my PhD in economics from the Institute for International Economic Studies, Stockholm University in 2018. In 2023, I will join the Department of Economics at the University of Oslo as a tenure-track associate professor.

I am involved in arranging two workshops this fall:

(with Timo Boppart, John Hassler, Per Krusell and Jonna Olsson)

We construct a framework for integrated epi-econ assessment: theory, calibration to micro-, macro-, and epi-data, and numerical methods for quantitative policy evaluation. The model has an explicit microeconomic, market-based structure. It highlights trade- offs, within period and over time, associated with activities that involve both valuable social interaction and harmful disease transmission. We compare market solutions with socially optimal allocations. Our calibration to covid-19 implies that households shift their leisure and work activities away from social interactions. This is especially true for older individuals, who are more vulnerable to disease. The optimal allocation may or may not involve lockdown and changes the time allocations significantly across age groups. In this trade-off, people’s social leisure time becomes an important factor, aside from deaths and GDP. We finally compare optimal responses to different viruses (SARS, seasonal flu) and argue that, going forward, economic analysis ought to be an integral element behind epidemiological policy.

The Unemployment-Risk Channel in Business-Cycle Fluctuations

We quantify the unemployment-risk channel in business-cycle fluctuations, whereby an initial contractionary shock is amplified through workers reducing their demand in fear of unemployment. We document two stylized facts on how unemployment and unemployment risk respond to identified demand and supply shocks in US data. First, separation and job-finding rates play similar important roles in accounting for the overall unemployment response. Second, separations are more important early on, while job-finding rates respond with a lag. We show how a tractable heterogeneous-agent new-Keynesian model with a frictional labor market matches both facts once we include endogenous separations and sluggish vacancy creation. Relative to a model with exogenous separations and free entry, our framework attributes almost twice as large a share of output fluctuations to the inefficient unemployment-risk channel, and thus gives a larger role to stabilization policy.

A Simple Theory of Pareto Earnings

I introduce a simple model which endogenously generates a Pareto distribution in top earnings, consistent with empirics. Workers inhabit different niches, and the earnings of a worker is determined by the niche-specific supply of labor and a constant-elasticity labor-demand curve. The highest paid workers are the ones that inhabit a niche with few other workers. A Pareto tail in earnings emerges as long as the distribution of workers over niches satisfies a regularity condition from extreme-value theory, satisfied by virtually all continuous distributions in economics.

The Labor-Market Origins of Cyclical Skewness

(R&R at the International Economic Review, previously circulated as Harmenberg and Sievertsen)

We adapt the wage contracting structure in Chari (1983) to a dynamic, balanced-growth setting with re-contracting à la Calvo (1983). The resulting wage-rigidity framework dampens income effects in the short run, thus allowing significant responses of hours to aggregate shocks. In reduced form, the model dynamics are similar to that in Jaimovich and Rebelo (2009), with their habit parameter replaced by our probability of wage-contract resetting. That is, if wage contracts are reset frequently, labor supply behaves in accordance with King, Plosser and Rebelo (1988) preferences, whereas if they are never reset, we obtain the setting in Greenwood, Hercowitz and Huffman (1988).

Using an integrated epi-econ model, we compute the value of vaccines for Covid-19, both under a planner’s solution and in competitive equilibrium. The specific model, developed in Boppart, Harmenberg, Hassler, Krusell, and Olsson (2020), factors in not just value-of-life aspects along with standard economic variables but also the value of leisure activities that rely on a social component. We find that the societal value of vaccination is large; we estimate that, translated into monetary terms, the value of vaccinating one young individual in the competitive equilibrium is $17,800. Externalities are large: less than half the societal value is internalized by individuals (assuming that they act purely in their self-interest). Finally, behavioral responses are important, with a substantial share of the value of vaccines being attributed to people enjoying more socially-oriented leisure when more people are vaccinated.

Gender Disparities in Top Earnings: Measurement and Facts for Denmark 1980-2013

In response to an adverse labor-market shock, a calibrated heterogeneous-agent model predicts that aggregate spending on durable goods falls mainly due to the ex-ante increase in income uncertainty caused by higher unemployment risk. In contrast, aggregate spending on nondurable goods falls mainly due to the ex-post income losses associated with realized unemployment spells. When households hold little liquid assets, the nondurable spending response is amplified, whereas the durable spending response is dampened. These differences stem from micro-level adjustment frictions involved in purchases of durable goods. The model is corroborated with evidence from micro survey data.

(with Timo Boppart, John Hassler, Per Krusell and Jonna Olsson)

Abstract Report for the National Institute of Economic Research, December 2020

We discuss what tools would be useful in confronting epidemics, especially from the perspective of economics. Our main proposal is for policymakers to employ “epi-econ IAMs”: explicit Integrated Assessment Models, where epidemiology is integrated with economics. These models are under rapid development, but arguably not yet quite ready for quantitative use.

In the spring of 2023, I will teach parts of International Macroeconomics at the University of Oslo.

Just for fun: My favorite Nobel laureate econometrics example is my dad.